We're happy to be bringing Happy Birthdays to the Nintendo Switch this summer, dood! Get ready to create your own ecosystems and organisms in the latest title from famed game developer Yasuhiro Wada. Touhou project fans get ready to rejoice in 2018, as we are bringing Touhou Genso Wanderer: Reloaded to the Nintendo Switch. This title will
feature adorable and memorable Touhou characters. It returns with the original story, all its DLC,and a load of brand-new content featuring new characters and scenarios which were in the previous iteration of the title.

Up next is Assault Spy due to release for Steam. Get ready for fast paced combat action, as you play Asaru, a cooperate spy who is on a mission to uncover the dark secrets of the Negabot Mega Corporation. Are you ready to get your hands on this stylish and slick title this year, dood? Our fourth title announced was the anticipated Labyrinth of Refrain: Coven of Dusk for Nintendo Switch, PS4 & Steam. The game takes place in world where you are the living book, Tractatus de Monstrum, and are in command of a brigade of puppet soldiers, who you use to navigate through the twisting
labyrinth of Refrain. Fight past terrifying monsters by giving orders to your puppet brigade. Change their formation, use special skills, or call for an allout
attack! The battles you face will be challenging, so your success depends on your preparation and your strategy.

A new trailer for SNK HEROINES Tag Team Frenzy was also featured at the press event.

Who will be the queen of the battleground? Customise your abilities with 3 different costumes for every fighter! SNK's toughest female fighters are put against each other in a brand-new 2 vs 2 fighting game! With a streamlined control system and unique fighting game mechanics players are in for a treat this summer, dood!


Release Date Reveals
We also unleashed a massive amount of release date information for our titles – check them out below! The 25th Ward: The Silver Case 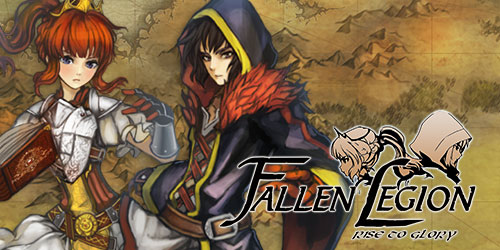